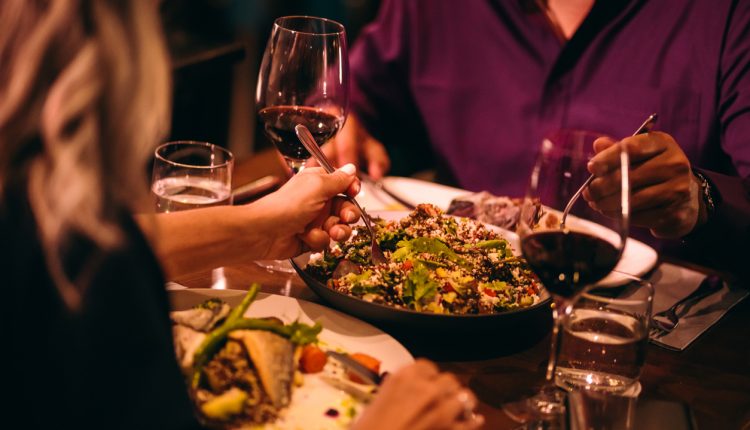 Why Eating At A Steakhouse Is A Different Experience Altogether?

Eating at a steakhouse is completely different from eating steaks at home. Preparing steaks at home is no secret, but popular steak restaurants have their own secret steak recipes by expert chefs.

Steakhouses have a myriad range of steak dishes available for their customers. Some of the common steak cuts served in the restaurants are as follows:

This kind of beef steaks is also known as club steaks. In the US and Canada, it is termed as Shell steak, New York strip or Kansas City steak etc.

The tenderloin runs along the side of the spine and harvested usually as the two long snake-shaped beef cuts.

The Ribeye is known for being the beef steak from rib section that spans from ribs six through twelve. It is composed of the Longissimus dorsi muscle and contains Spinalis and Complexus muscles.

This cut of meat from the subprimal sirloin, primal sirloin, and beef carcass. It differs from the sirloin steaks in which the bone, bottom round muscles, and tenderloin are removed. Bicep forms and gluteus medius are the remaining major muscles.

Few points that can double the joy of enjoying steaks at a restaurant:

High-quality steaks, especially, dry-aged beef steaks. There’s no water content in these pieces, which helps in concentrating the flavor of the meat. Removing the water content also helps in searing.

The cooking method starts with the room temperature on seasoned steaks in specialized ovens. The high temperature gets you the perfectly cooked steak without gray bands near the edges.

Restaurant chefs have special training for cooking steaks. They have clear knowledge about the grill and oven hotspots. Their tons of practice make them an expert in cooking the best steaks.

Steakhouses usually prefer warm or piping hot plates to serve their steaks. This helps to keep the steaks warm until you actually dig your fork.

You can check out the Rib N Reef steakhouse to taste the best beef steaks.

Opening a New Restaurant – Should You Get Licensed and Serve Alcohol?

Having Smoked Meat At Its Best: The Montreal Special!