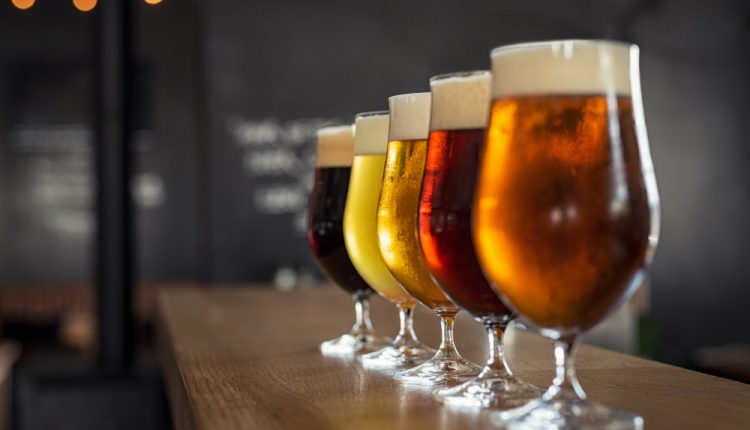 The Increasing Popularity of Craft Beer

Over the last few years, craft beer has grown in popularity. As a result, more and more craft brewers are starting to pop up all over the world and craft beer festivals are taking over arenas and venues left and right.

For many people, they enjoy craft beer because it’s a chance to try something new. With all the creative flavours available these days, who could resist? If you’re one of the many who are curious about why craft beer has become so popular recently, be sure to keep reading.

It is no surprise that craft beer is most popular with younger audiences. After all, they tend to be a bit more adventurous than their much older counterparts. When it comes to craft beer, consumers can experiment with a huge diversity of beer styles and taste profiles, as mentioned previously.

These days, you can find craft beers modelled after cereal, dessert, and some of your favourite fruits so there’s something out there for everyone. There’s a style and variety out there for everyone, regardless of your particular preference. In fact, some craft beers even come in non-alcoholic versions, which means that they are hitting just about every target and demographic.

Another reason why craft beers have taken over the scene has to do with the amount of local breweries that are now open to the public. Many of these breweries not only offer tours for people to see how their beer is made but sell their beer right there on the premises. This gives people a chance to chat and hang out while enjoying a cold pint of beer. And who doesn’t want to check out the amazing beer-making process while they’re at it?

Many breweries are also dog-friendly and kid-friendly as well, which means that they make a better option than pubs that may not allow small children or pets inside the premises. Best of all, many of these breweries will often host fun events such as karaoke, movie nights, fall festivals, or even live music where people can sit back, relax, and try as many craft beers as they possibly can. It’s a unique way to have fun.

Again, this offers more variety than a local bar would and therefore invites people to stay much longer than they would in a pub.

The Many Benefits of Motorcycle Touring

Why Make Your Own Brew? Top Reasons to Craft at Home

Make Sure to Try Most Popular Asian Seafood Dishes

Things Every Barbecue Enthusiast Must Know About Built-In Barbecue Pits