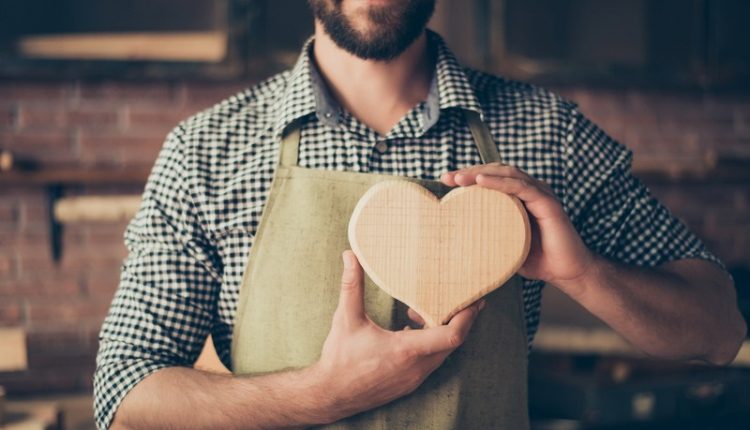 In Honor of the Humble Apron

Are you old enough to remember a day when grandmother and mother wouldn’t even think about stepping into the kitchen without an apron? If so, you remember a time when home cooking was as much an art form as a labor of love. Nothing typifies that era as much as the humble apron. Indeed, some of us even keep old aprons as reminders of the matriarchs who wore them.

In honor of the humble apron, the Ozarks Food Harvest food bank holds an annual event presented as an apron fashion show and silent auction. They have been doing it for years. The aprons displayed at the show are certainly the stars, but people also come out to enjoy the event just because they want to support local initiatives to feed the hungry.

Attendees have an opportunity to see some of the favorite aprons worn year-round by servers at local restaurants. And make no mistake, many of those servers take their aprons seriously. The aprons are considered an essential part of the uniform, as important as anything else being worn.

Aprons at the Restaurant

The most fascinating thing about restaurant aprons is that there isn’t just one kind, explains Utah-based Alsco. There are different kinds of aprons for different kinds of jobs. For example, a dishwasher is likely to wear a long bib apron that covers everything from the upper chest down to just below the knees. Why such a large apron? Because dishwashers have the dirtiest job in the restaurant business. They need to protect their clothes.

Bartenders have pretty dirty jobs too. However, they tend to wear half aprons tied around the waist just to protect the midsection against liquid spatters. Their aprons also offer easy access to things like pens, scratch pads, and so forth.

Waiters and waitresses tend to view their aprons more as utility belts. That’s why said aprons tend to have more pockets than you typically find in a kitchen apron. Servers need a place to carry everything from order pads to drinking straws. Having one long enough to cover down to the knees is a bonus.

We don’t tend to see as many kitchen aprons at home these days. Perhaps that’s because people do not cook at home as frequently as they used to. Modern households are more likely to eat takeout or settle for meals that can be quickly prepared in the microwave. Thus, there isn’t as big a need for kitchen aprons.

There are two exceptions to this general rule: people who love to cook and bake from scratch and those obsessed with outdoor grilling. Both groups still rely on the humble apron for the same reasons their parents and grandparents did. Even though they love to cook, they want to keep the ingredients of their favorite recipes off their clothing.

Thankfully, apron designers and manufacturers have taken things in stride. They have turned what they do into an opportunity to make cooks and barbecue fanatics feel special. From off-the-rack aprons with creative artwork to custom-made aprons designed for each unique customer, there are some incredibly good designs out there.

The humble apron is an ancient piece of cooking apparel that dates back centuries. And even though people are not wearing aprons at home as much as they used to, the apron is still a particularly important part of the restaurant industry. If you need proof, look no further than the Ozarks Food Harvest 2019 Apron Fashion Show and Silent Auction. Attendees are going to see some mighty fine aprons, that’s for sure.

Where to Seek the Best Food Catering Company in Singapore?

Make Sure to Try Most Popular Asian Seafood Dishes

Things Every Barbecue Enthusiast Must Know About Built-In Barbecue Pits